How Are The Gut And Brain Connected?

Sensations such as butterflies in your stomach suggest certain things to the brain. The question that many people have is how the gut and brain are connected. These two organs are connected in physical and biochemical ways through different systems.

The Nervous System And Vagus Nerve

Neurons are found throughout the central nervous system and the brain. There are also neurons in your gut which are connected to the brain neurons through the nervous system. This system is what tells your body how to behave. 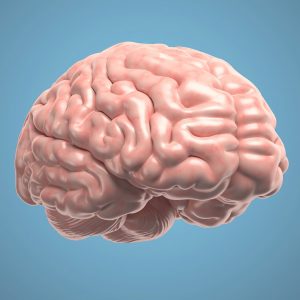 One of the biochemical ways these organs are connected is through the chemicals the gut microbe make. There are trillions of microbes in the gut which make a lot of different chemicals including short-chain fatty acids. The SCFA created including acetate, propionate, and butyrate.

These acids will digest fibre and can affect brain function in a number of ways. The most common is to reduce appetite. A study found that consuming propionate will reduce food intake and reduce brain activity related to high-energy foods.

Gut microbes will also metabolize amino acids and bile acids. When this happens, they create other chemicals that affect the brain.

Another chemical that links the brain and gut are neurotransmitters. Neurotransmitters are created in the brain and will control emotions and feelings. Serotonin is one of these chemicals and is responsible for feelings of happiness and controlling the natural body clock.

There are also a number of neurotransmitters produced by the gut and the microbes there. In fact, a large amount of serotonin is created by the gut. When this happens, the brain is affected and will experience feelings of happiness.

Gamma-aminobutyric acid or GABA is also produced by the gut. This is the neurotransmitter that controls anxiety and fear. If there is an increase in the production of Gaba, there can be a reduction in anxiety and depression. This was found in a study using mice.

There are a number of ways that the brain and gut are connected. Some of these connections are physical using the nervous system and nerves. Others are chemical through neurotransmitters and other chemicals produced by gut microbes.