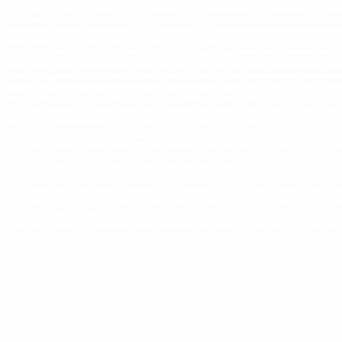 Kefir: What Is It And Why Is It Booming In The UK?

It the newest ferment drink to enter the mainstream, and it is the one thing that everyone is talking about. However, is kefir really a drink that is offers health benefits? The following guide will tell you everything that you need to know.

It seems that in the world of super health foods, there is always a food that is trending. Whether it is kale or chia seeds, at any given moment, there is a new kid on the block. The current scene stealer is kefir, a fermented, cultured drink.

Kefir is very similar to yoghurt, however, it has a taste that is slightly more sour and tart. It is also has a ‘fizzy’ texture due to the carbon dioxide that is created during fermentation. It is a living, unique milk drink that contains yeasts, live enzymes and millions of probiotic bacteria strains.

Kefir is typically made when live cultures that contain bacteria and yeast are added to cow’s milk and allowed to ferment. These cultures are known as kefir grains, and they begin to ferment in the milk at room temperature within 24 hours.

The grains are then strained and are transferred into a new batch of milk in order to create a fresh batch of milk kefir. This milk drink is full of beneficial probiotics and is ready to drink after fermentation is complete. 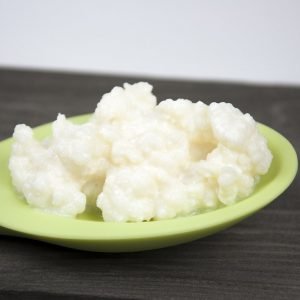 Even though the launch of kefir is still limited worldwide, there is data that shows company launches have more than tripled since 2016. It appears that this trend will continue.

There has been an increased interest in fermented foods and dairy products in the West, along with other functional foods, since the late 1990s. Kefir, in particular, made its journey out of its native Caucasus Mountains via restricted availability. It could only be found in specialty shops in western markets. This gave the fermented dairy product a higher perceived market value, and that added to its mainstream positioning in the UK.

The milk drink is highly promoted because of its health benefits. In fact, in 2016, over 90% of the kefir company launches around the world used health positioning in order to market the dairy product.

Even though kefir is quite often consumed as a yoghurt substitute, kefir can also be used to create water. This results in a kombucha-type drink that is a slightly effervescent, fermented, sweetened tea. It has become the ideal way to consume kefir whilst on the go.

There are several companies in the UK that makes these types of cold-pressed tonics. These companies have made claims that kefir allows the body to better digest fats, carbohydrates and proteins whilst eliminating sugar cravings. There are also claims that these tonics have immune-boosting and anti-ageing properties.

So, why has kefir gained so much mainstream attention in the UK?

One of the main reasons why kefir has become so popular is because it is full of these ‘healthy bacteria’. There are specific microorganisms that are in milk kefir and they are said to prevent the harmful bacteria from growing in the intestines while also supporting good digestive health.

The human digestion system contains billions of bacteria. Most of these bacteria are located in the colon and the intestines. These bacteria are critical in ensuring that the digestive system is able to properly:

In order for a person to have optimal gut health, it is important the bacteria in the gut are diverse. This means that there should be a healthy population of Bifidobacterium and Lactobacillus in the gut.

There are some foods and drinks that promote gut health. They are fermented foods such as miso, tempeh, kimchi, sauerkraut and of course kefir. These types of foods are an ideal source of healthy bacteria such as Lactobacillus, and it is this bacteria that helps to convert carbohydrates and sugar into lactic acid.

As a result, the unhealthy bacteria is not able to survive.

Lactobacillus also acts as a food preservative and is also responsible for giving fermented foods and drinks their sour and tart flavour. Several studies have revealed that it is these types of foods that can favourably change the type of bacteria that is in the gut. Studies have also shown that people who live in countries where fermented foods are a staple in their diets have lower rates of bowel cancer, diabetes and obesity.

As previously mentioned, kefir is typically made from whole cow’s milk. Cow’s milk is an excellent source of nutrients such as calcium and vitamin K. Both of these nutrients are essential for bone health.

The bones tend to become weaker as a person gets older, and this increase the chance a person may get bone fractures and osteoporosis. This risk is higher in women who are post-menopausal. Dairy products like kefir are a very good source of calcium.

There are studies that suggest there is a connection between obesity and gut bacteria imbalance. However, there is some debate on the specific strain that has this effect on body fat.

Some research appears to suggests that it is Lactobacillus that aids in weight loss, the same bacteria that is found in kefir. More research will be necessary to provide scientific evidence that this claim is true.

Inflammation can have a negative impact on the body, and it is thought to be involved in a variety of diseases such as rheumatoid arthritis and IBD. There is some evidence that shows that Lactobacillus is anti-inflammatory also, but again, more research is needed to see if this anti-inflammatory property is directly linked to kefir.

Kefir is the rising star amongst fermented drinks because it is healthy, versatile and nutritious. Its popularity in the UK does not appear to be going away any time soon as consumers continue to demand functional and added-value drinks.